I’ve cycled past the big, ornate gate of Belcombe Court several times, and never really given much thought to what might lie beyond it. But the other day I spotted a sign that said that the garden was going to be open for one day only, as part of the Bradford-on-Avon Secret Gardens Festival. It listed the all the delights that visitors would be able to see, including a walled garden designed by Arne Maynard. I knew I had to go.

As we strolled up to the house after visiting some other gardens, we soon noticed that there were a lot of people milling about. Parking had spilled into the field opposite and lots of folk were making their way through the gates. The place must, I realised, must be quite a big deal. 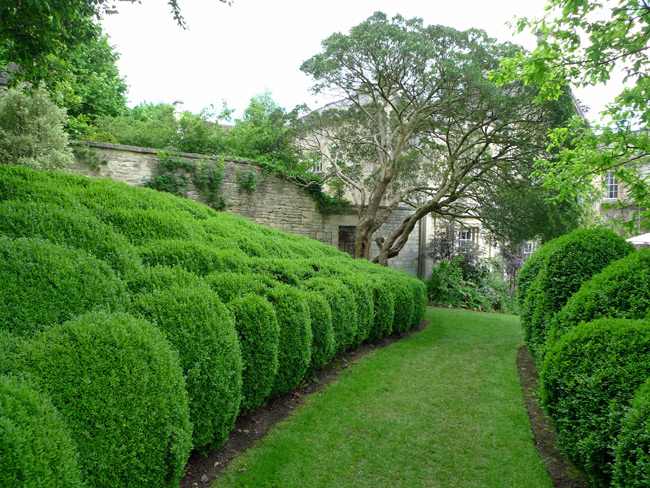 … And it is. The grounds cover 65 acres and are simply stunning. They’re a mix of parkland, sweeping lawns, woodland, wilder areas and garden rooms. It’s got an octagonal pavilion, a tennis court, a grotto and a cloud-pruned hedge (from Arne Maynard’s Chelsea 2000 garden). In fact I can’t think of a garden feature it hasn’t got. 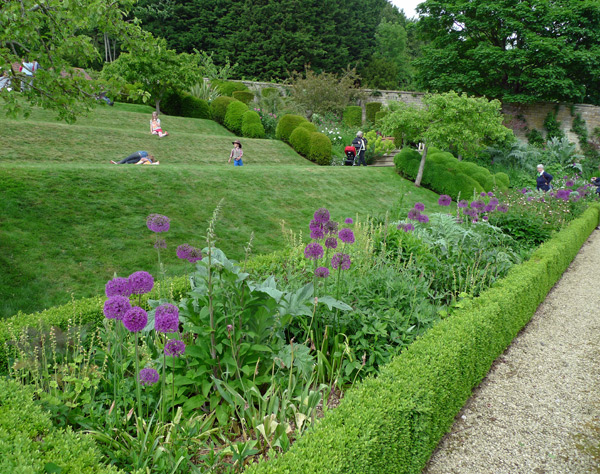 My favourite part was definitely Arne Maynard’s walled garden. I loved the six tiers of lawn (that lots of kids were happily rolling down), the clipped box and yew, and the ebullient planting in the borders – lots of roses and perennials. I especially liked the cordon apples against the walls, and I’m now convinced that I want a Cercis canadensis ‘Forest Pansy’ in my own garden. 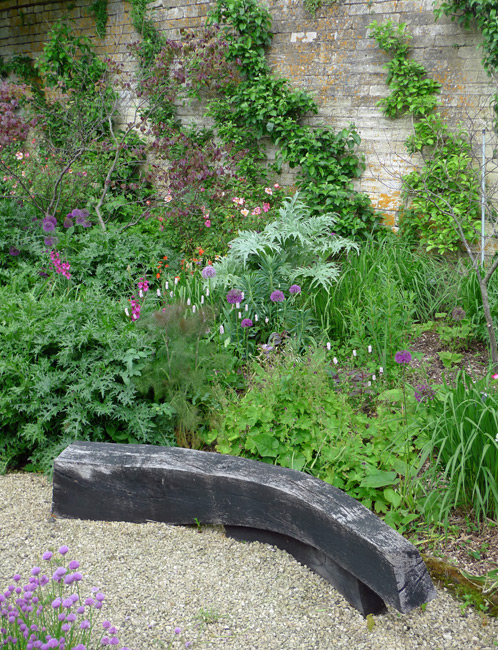 As we wandered around, I observed that it was a bit odd that the place didn’t have a swimming pool. ‘Nah,’ muttered my boyfriend, ‘There’s definitely a pool.’ And of course there was – an infinity number that the great unwashed could just get a glimpse of, over the hedge. 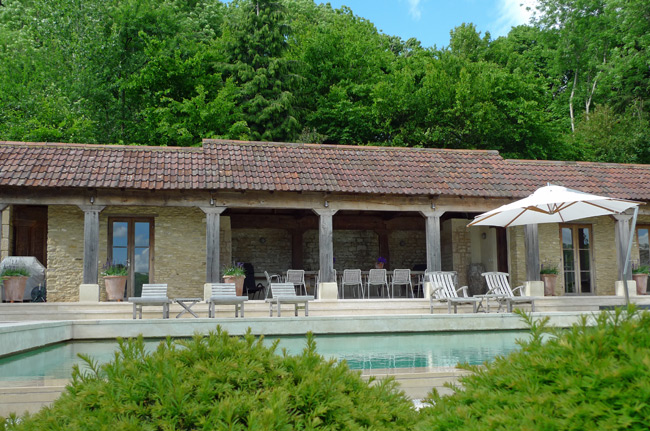 By the end of the afternoon, I felt quite inspired by the garden’s awesomeness. My boyfriend, however, felt envious and inadequate. When we got home, we Googled the owner. It turns out he’s a director who has worked on a Mr Bean film and lots of adverts. And Belcombe Court is just his weekend residence! That left me feeling rather envious and inadequate too.