I had a few minutes to kill before I went for dinner the other night and went for a wander around Connaught Square. One of the houses had a policeman standing outside it, holding a large gun. Two thoughts occurred to me: 1) It’s a pretty poor state of affairs when you have a policeman permanently stationed outside your home and 2) Even if you have pots of money, why live there? It’s off quite a grim part of the Edgware Road, and near Marble Arch, which is equally unappealing in my book. That said, it is within striking distance of the Ranoush Juice Bar, so at least there are some decent falafel in the area.

I found out later that the house belongs to Tony Blair.

But this is not a blog post about Tony B. Liar or his house. It’s about this house, on the corner of the square. It’s covered in roses, the likes of which I haven’t seen since I was in Amsterdam last year. You can’t really tell from this pic but every inch of the house, railings and basement area is covered in some kind of vegetation. It’s a joy to behold.

I especially liked the window boxes. They’re still in winter garb but are powering on. I love the use of the pussy willow branches. Pussy willow is pretty much the best thing you can buy if you have a fiver to spare in autumn – it just goes on and on, even if you put it in a vase without any water. Apparently this house is the inspiration for John’s winter window boxes. 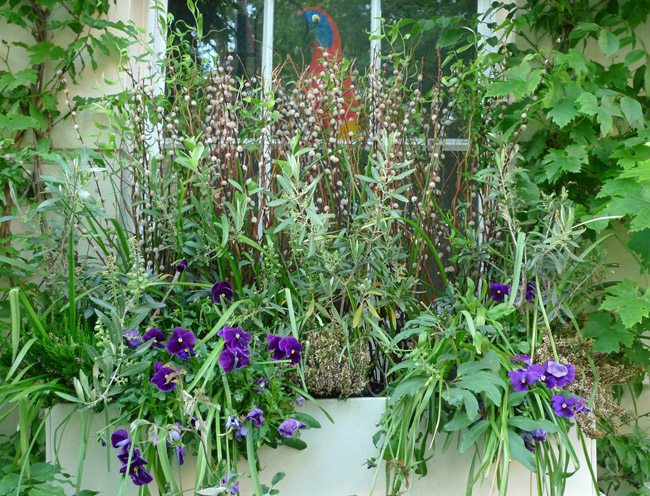 6 thoughts on “Guns and roses”