If I had to describe Gravetye Manor in one word, it would be: dreamy.

There’s something otherworldly about the place. In common with most grand houses (it’s now a hotel), the view is unencumbered by anything other than rolling countryside. On the day I visited, people were quietly eating lunch in the panelled restaurant rooms and sipping tea on the croquet lawn, much as they probably have done for centuries. It feels far removed from the world’s troubles.

The planting is pretty dreamy, too. Gravetye  is the former home of the legendary gardener William Robinson, who eschewed formal Victorian bedding schemes in favour of mixed borders and wilder, naturalisti planting. Tom Coward, the current head gardener, continues in the same spirit today. He formerly worked alongside Fergus Garrett at Great Dixter, and it shows – he’s not afraid to combine plants in interesting ways. I’ve never cared much for lupins or apricot foxgloves, but I loved how Tom uses them.

Even more impressively, the garden has been turned around in just three years – the previous owners of the hotel had financial difficulties and the garden became neglected. You wouldn’t know that parts of the garden are plagued by Japanese knotweed, which Tom has been working to eradicate. Other weeds, such as bracken, remain, and add to the charm – this isn’t a prim and proper garden. 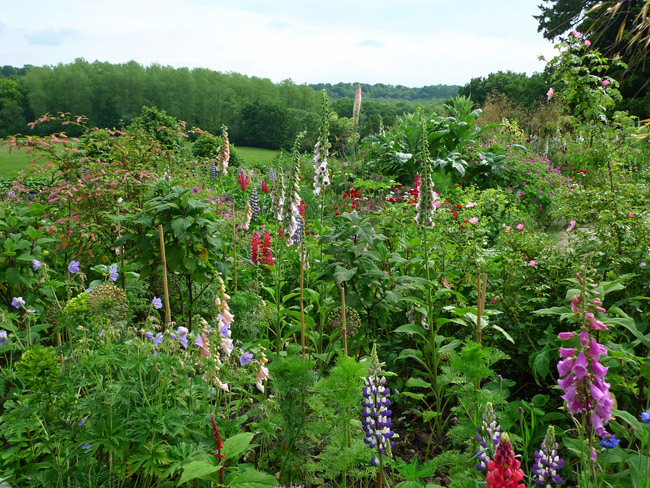 Like many grand houses, Gravetye has elements that we mere mortals can only dream of, such as a peach house and a circular walled garden that catches every last ray of sun. It supplies fruit and veg to the restaurant, as well as cut flowers for the house. Tom grows lots of ladybird poppies, which supply vivid splashes of red. They’re hopeless in a vase, which ensures that they don’t get picked. 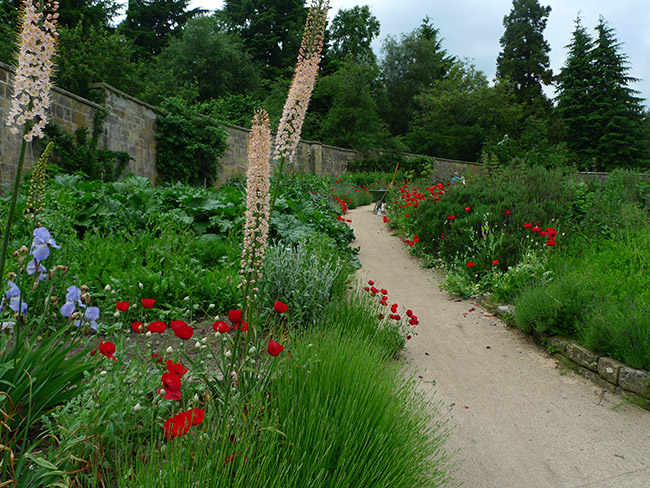 Meadows (and their loss) are big news at the moment, but William Robinson experimented with creating one 100 years ago. What goes around comes around, even in gardening – Gravetye is definitely having a moment.