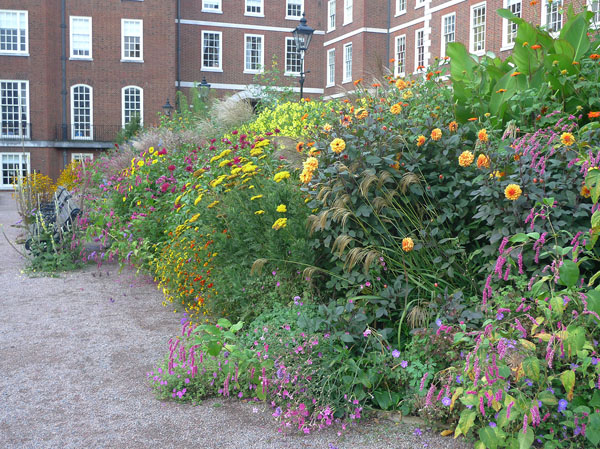 If you’re feeling glum because the days are shortening, the temperatures are falling and everything is dying back, take yourself to the Inner Temple Garden without further ado. The High Border is still a riot of colour, and for a few glorious moments you can kid yourself that it’s still late summer. 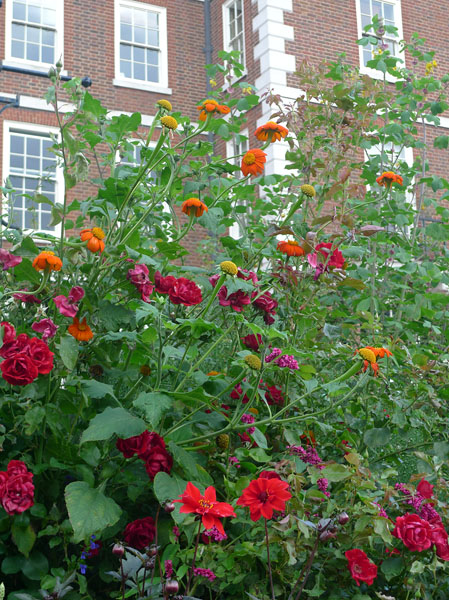 The border contains many of the plants you’d expect in a late-season garden – grasses, dahlias, rudbeckias, asters, cosmos etc – but head gardener Andrea Brunsendorf puts them together in an original and adventurous way. She chooses varieties for their form, flower shape and colour, and thinks carefully about how they might complement other plants; the centre of one flower might complement the petals of another, for example. And she isn’t afraid to mix colours in combinations that more traditional gardeners would shy away from: orange, pink and red sit happily next to each other in the form of Tithonia rotundifolia ‘Torch’, Dahlia coccinea ‘Mary Keen’ and a red rose (above), as do red roses, magenta dahlias, blue salvias, purple aconitums and yellow rudbeckias (below). 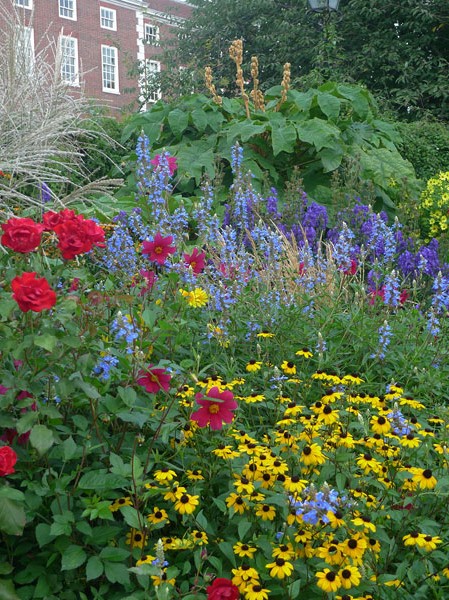 The border also looked pretty amazing when I visited the garden in May. At that time it was filled with alliums, aquilegias and oodles of tulips; oriental poppies then carried it through until June. Andrea admits that the border has a ‘June hole’ when she lifts the tulips and replaces some early flowerers with the tender late season plants such as dahlias. But for a border that powers on until the first frosts (which can be as late as December in central London), that’s a very small price to pay.