Graham Gough owns the much-respected Marchant’s Hardy Plants in Sussex, and his garden showcases many of the plants on sale.

It’s inspired by the Dutch ‘new wave‘ movement and so contains lots of perennials and grasses – but with a few key additions such as kniphofia (red hot pokers), agapanthus and crocosmia. It’s undoubtedly a garden that’s ‘current’, but Graham is first and foremost a plantsman and has little interest in what’s trendy. That frees him up to combine plants that you wouldn’t think of as natural partners, such as a fuchsia and a grass.

Graham points out that this planting style means that he can be free and easy with colour. In a traditional herbaceous border most people think twice about putting certain colours together in case they jar. But in the new wave style the flowers are broken up by the grasses, so nothing clashes. There are splashes of pretty much every colour in Graham’s garden, all knitted together by green. 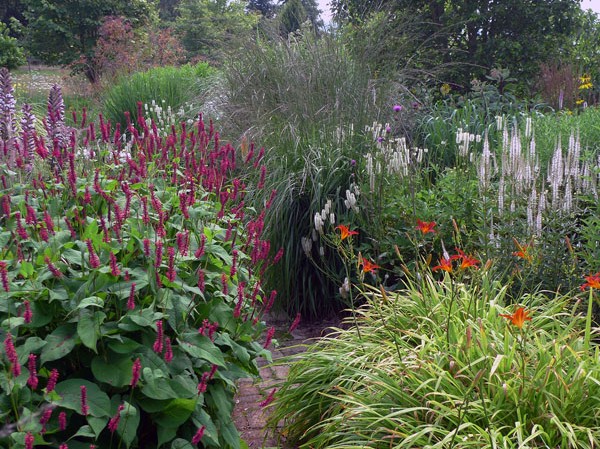