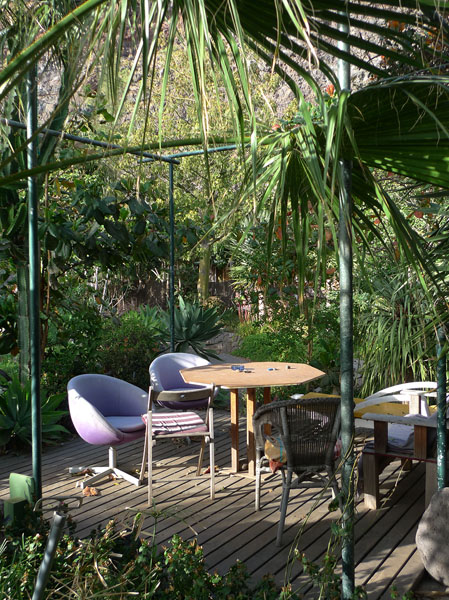 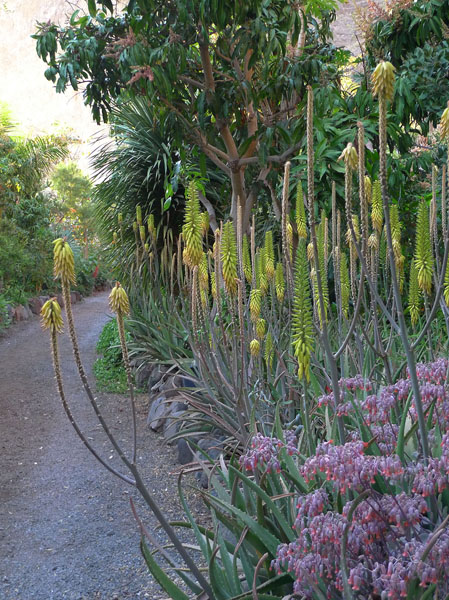 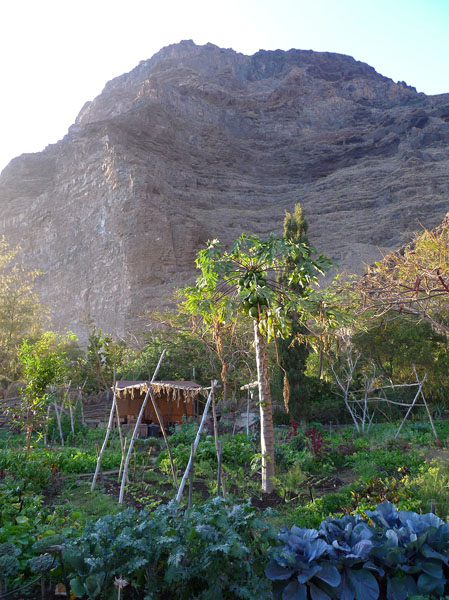 I’ve just spent a sneaky week in La Gomera, a boat ride from Tenerife. It’s the perfect island if you’re a hippie, a rambler, a plant afficionado or a nudist. I score on three out of four of those counts, so I loved the place.

We spent the first few days communing with our inner hippie at the Finca Argayall. It’s a laid-back retreat-style place that has simple rooms, wooden huts and tents amid a lush garden that sits between cliffs and the sea. It’s not luxurious (or expensive) but it’s a lovely place to be.

The place is impeccably and discreetly run by 22 people of varying degrees of hippie-ness. Five of them are responsible for the garden, which is run along permaculture lines. It’s incredibly lush and home to an astounding array of plants, many of which I didn’t recognise, and many that I did – yuccas, aloe vera, hibiscus, bamboo, ferns and bananas to name but a few.

The garden is a work in progress, and the team are continually looking for ways to improve it. They planted lots of papayas and mangoes… only to find that they ended up with too many papayas and mangoes. It’s hard to imagine a glut of tropical fruits ever being a problem, but on La Gomera they can’t sell them as everyone else has a glut, and there is only so much pureeing, juicing and preserving that one can do. As a result, some papayas and mangoes have been cut down in a bid to introduce more variety. In their place the team are trying to establish some citrus trees, although they’re a little high maintenance – they need a lot of water and don’t take too kindly to sea winds.

The garden also has a veg patch that provides some of the kitchen’s food. It’s a surreal mix of produce – alongside bananas, papayas and avocados are more banal and familiar crops such as cabbages, potatoes, chard, salad, herbs and edible flowers (the latter adorn most of the delicious vegetarian dishes).

It’s possible to work at the Finca on a three-month trial. If I ever get the urge to permanently turn on, tune in and drop out, I’ll be contacting them straightaway.