Happily most of the pooches in this competition were a delight – mostly terriers and spaniels. They were very keen on sniffing each other’s bottoms and took a fair amount of coaxing to stand in line and parade up and down. Boris, the spaniel that belongs to Andrea, the head gardener, had to be taken indoors shortly after the first contender arrived due to over-excitement and territorial barking. 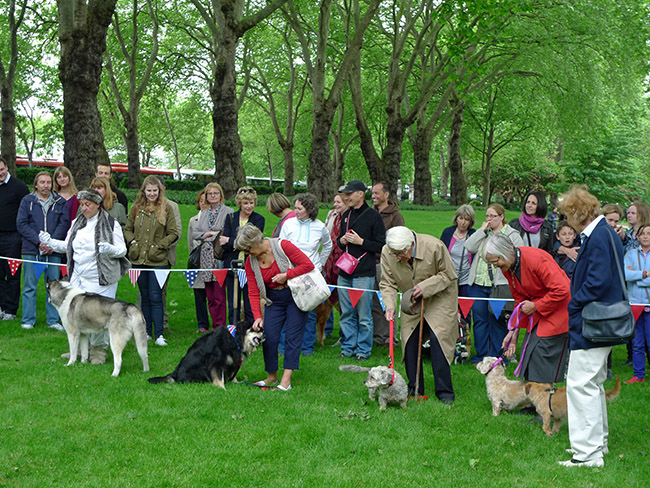 Above are the contenders for the ‘Dog Most Like Its Owner’ category. First prize was won by the dog on the left, whose owner rather blatantly dressed in white and wore a furry gilet and headscarf. I thought it should have gone to the dog on the far right, whose fur perfectly matched its owner’s hair.

And this is Meg, winner of the ‘Dog The Judges Would Most Like To Take Home’ category. When I knelt down to give her a stroke, she climbed onto my lap and licked my face. Awwwww. 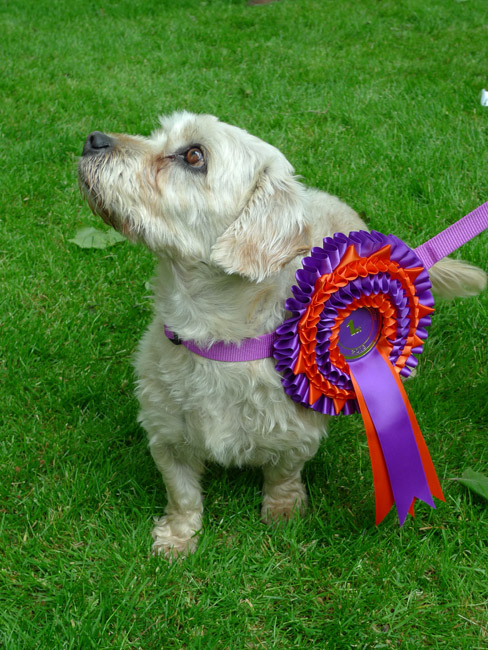