There’s a new entry to my notional and ever-changing list of Top Ten Gardens That I’ve Ever Visited: Tom Stuart Smith’s garden in Hertfordshire. It was open for the Yellow Book a couple of weeks ago and a £7 donation to charity bought the opportunity to see the private garden of one of Britain’s best garden designers. 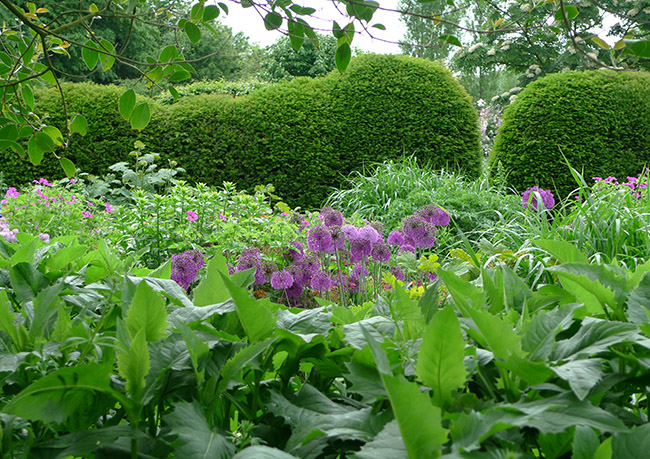 And boy, it’s good. The setting is incredible – just off the M25, in one of the most densely populated areas of the country, yet surrounded by green fields. And of course there’s oodles of space – perfect for experimenting with different planting styles and indulging every design fantasy. But just like Tom’s gold medal-winning Chelsea Flower show creations, his own garden is not remotely showy, just perfectly executed.

The hard landscaping is classy, but not flash – it doesn’t detract from the plants. Part of the garden is more traditional, with deep, tall herbaceous borders against a backdrop of shaped but shaggy hedges. The more contemporary part of the garden is home to the water tanks that formed part of his Chelsea 2006 garden – one of my favourites ever at Chelsea. At the moment the dominant colours are acid greens, dark pinks and purples from astrantias, euphorbias, French lavender, grasses and sage. 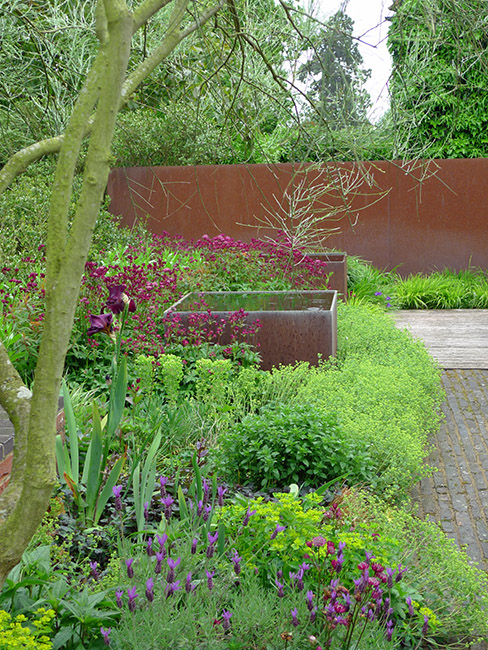 I’ve seen Tom do talks on his Chelsea gardens, and he’s very modest about his achievements. He makes the whole thing sound so effortless – like it’s really no big deal to create a Best in Show garden. On the open day, I heard him telling one visitor that he doesn’t do any particular lawn care and saying to another that many of the plants he uses are ‘bog standard’ – Geranium psilostemon, alliums and sweet rocket. I don’t know if that makes me feel better or worse – most people have bog standard plants in their gardens and don’t bother much with lawn care, but their gardens don’t look like Tom’s. Not least because of their size, but also because it’s darn hard to put plants together well. Mum and I went back to her problem border (home to several of Tom’s ‘bog standard’ plants), and made a note to get hold of some sweet rocket pronto asap. Well, it’s a start. 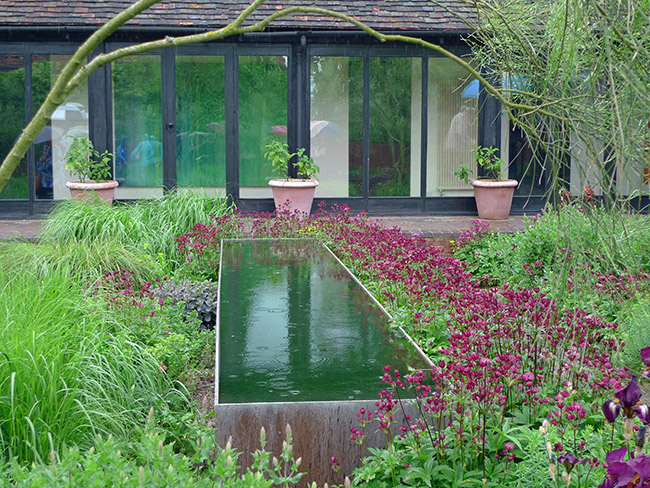