My soggy holiday in Cornwall wasn’t all bad, and one of the highlights was Tremeheere Sculpture Garden. Set in a sheltered valley just outside Penzance, it has stunning views of St Michael’s Mount. The garden (which is more like a park, really – it’s pretty huge) it is home to ponds, bogs, woodland, sunny and arid areas and native woodland areas. Some of the planting is quite immature in places as it has only been open to the public since 2012, but it is definitely one to watch. 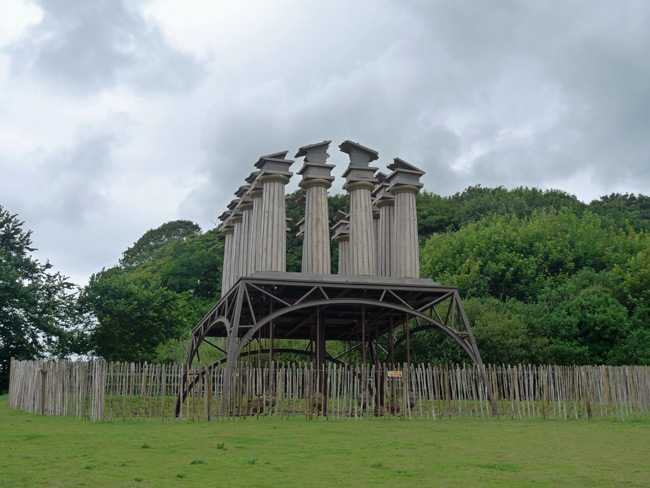 There were two standout pieces of sculpture: firstly, the ‘Restless Temple’ (above) by Penny Saunders, which is one of the first things you see as you approach. The columns have pendulums beneath them, allowing the pillars sway in  the wind, like a giant wind chime. 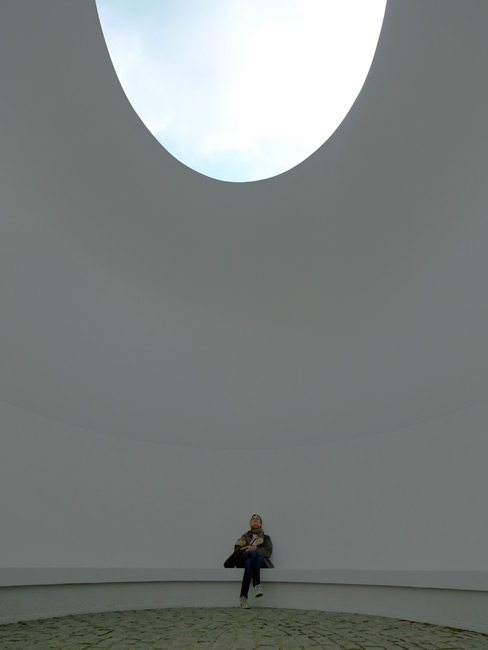 The piece de resistance, though, has to be James Turrell’s ‘Skyspace’. An underground corridor leads to an elliptical chamber, whose ceiling frames the sky. We’d read nothing about it beforehand, and were totally blown away by it.

The Skyspace will also be joined by another impressive piece of work. As we left, I spotted some huge columns, each made of thousands of pieces of slate, lying on the grass. I thought they looked familar and have since confirmed that they are from Darren Hawkes’ gold-medal winning Brewin Dolphin garden at Chelsea 2015. They are being installed at Tremenheere, which seems like the ideal home for them – and will make the garden even more exciting.