Naomi from Out of my Shed hosted her second Chelsea Fringe street party this weekend. The sun was shining and there was a great turnout (and supply of cake) from Naomi’s local community. This year, gardening bloggers were also enjoying the event virtually, via a parallel Fringe event called the Bloggers’ Cut (geddit?), organised by Michelle over at Veg Plotting. How very 21st century!

Naomi scored a bit of a coup as she managed to get three Chelsea Pensioners to declare the party officially open. They always visit the Chelsea Flower Show, so it was fitting that they visited a Fringe event too. They caused quite a stir, posing expertly for the (many) cameras and chatting away to the fascinated crowd. And what lovely, twinkly chaps they were. I asked Bob (in the middle) how he’d got there, and he told me he’d walked (he’d got a taxi). Bill (on the right) told me all about life at the Chelsea Hospital. Apparently the food is excellent, especially the crumble. He took some pics on his smartphone. I’d love to have talked to them all for longer.

A bit of Chelsea Flower Show-style planting had also come to Finsbury Park, in the form of some cow parsley in the communal veg patch. I’ve walked past that veg patch many times, and have never noticed any cow parsley. A neighbour told me that Naomi dug it up from somewhere she shouldn’t have, but her secret’s safe with me. 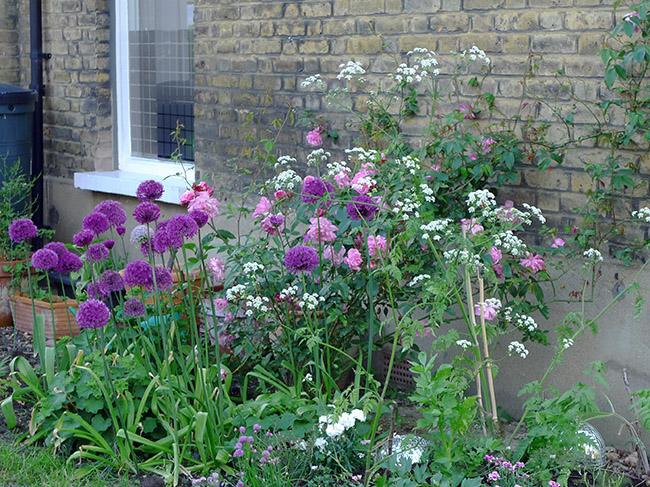