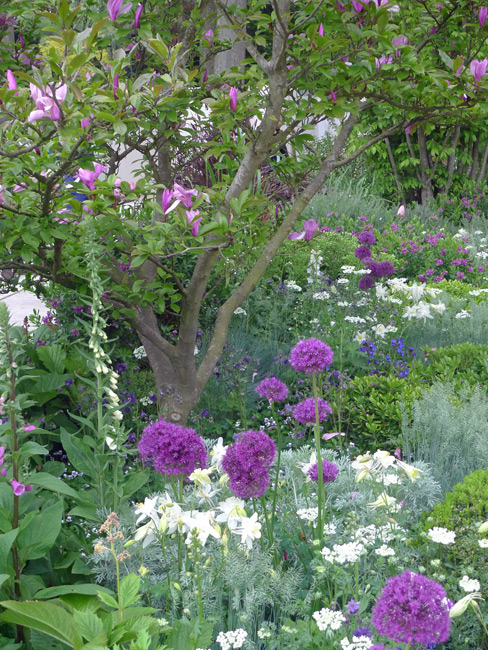 I was at the Chelsea Flower Show on Monday, for press day, and saw very little of it as I was working in the Great Pavilion. I had half an hour for lunch, and tried to see as much as I could in the wind and rain, but when I got home I realised that I’d missed huge swathes of it. Mind you, I always seem to miss part of the show even when I have more free time, as my sense of direction is so lousy.

As ever, I was looking for planting inspiration for my own garden. Several of the gardens had orange and rust-coloured flowers such as verbascums, geums and irises, often planted with dark plums and bright blue – a combination that wasn’t really my bag. The planting in The Time In Between garden most closely reflected my hopes for the border in my own garden, which seems to have developed a dark pink, purple, pale lemon, white and green theme. I’ve got some box balls, alliums, foxgloves, and a small, multi-stemmed Cercis canadensis ‘Avondale*’, which in 20 years might look as impressive as this magnolia. It made me realise that I could do with some grey-leaved plants to add some contrast (and the advice of a Chelsea designer to bring it all together). 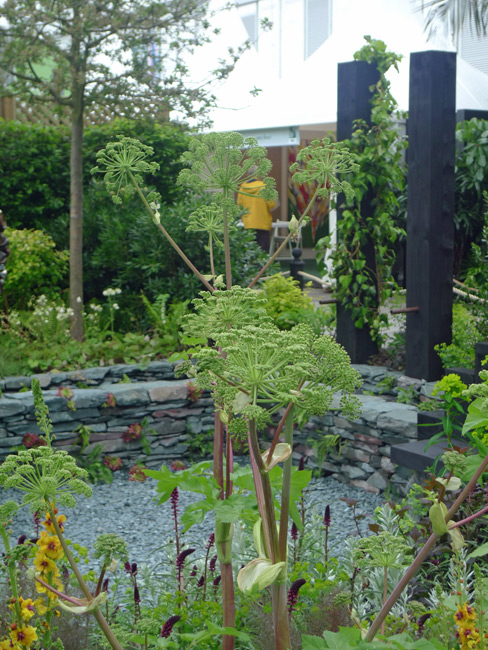 The planting was quite similar in several of the gardens (all that orange), so the Front Garden by newbie Sean Murray, winner of the The Great Chelsea Garden Challenge, was a breath of fresh air – its predominantly yellow planting looked really good against the slate. 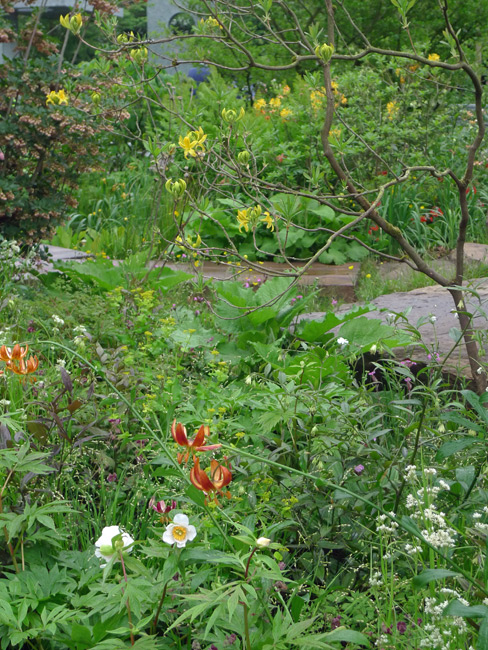 And of course I liked Dan Pearson’s Chatsworth-inspired garden – didn’t everybody? I’m not massively keen on representations of existing gardens, but it had unusual shrubs and perennials that you don’t usually see in Chelsea show gardens. And it’s nice to know that it will have a life beyond the show. It was a bugger to photograph, though. 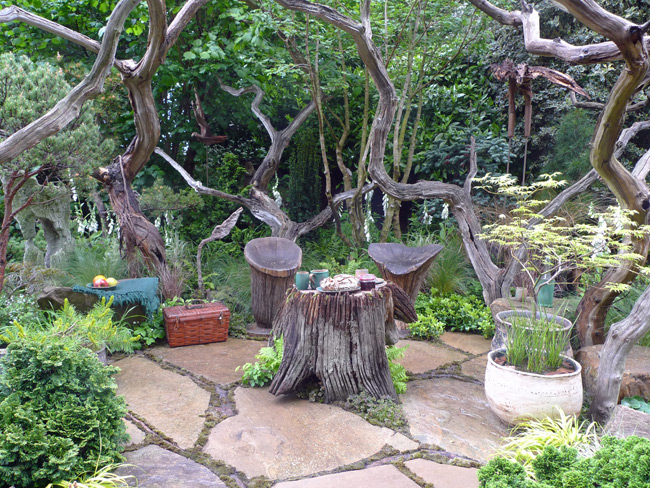 And finally, I loved The Sculptor’s Picnic Garden. It had a lovingly crafted feel to it, and it showed that you can use natural materials to create structure and focus, without splashing out thousands on a sculpture.

*Yes, I got one. The Prunus incisa ‘Kojo-no-Mai’ is about to be moved…