Almost three years ago to the day, I went to New York. Spring comes a few weeks later there – tulips and blossom were only just coming out and there were no leaves on the trees. And the weather was just as changeable as it is here – within the space of a week, the temperatures went from 20 degrees to 10 and back to 20 again.

I loved New York for the same reasons that everyone else does, but I was also intrigued to see how people garden in another big city. Often the plants used were the same as ours, just planted a little differently.

New York really put the idea of community gardens on my radar. The city has a long history of them and they’re found in the most unlikely places, tended by volunteers. This one was on the corner of two very busy main roads. 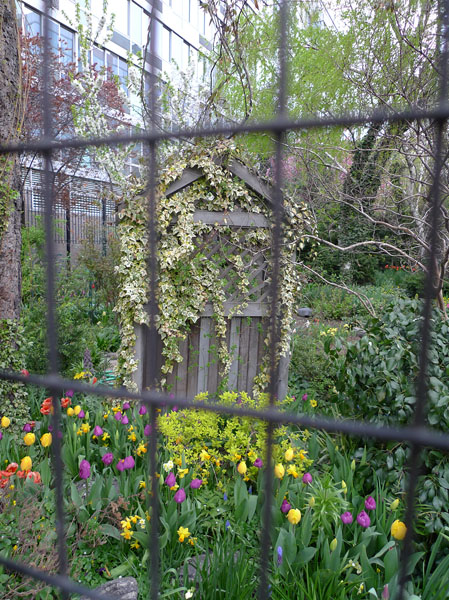 5 thoughts on “From the archives: New York part 1”