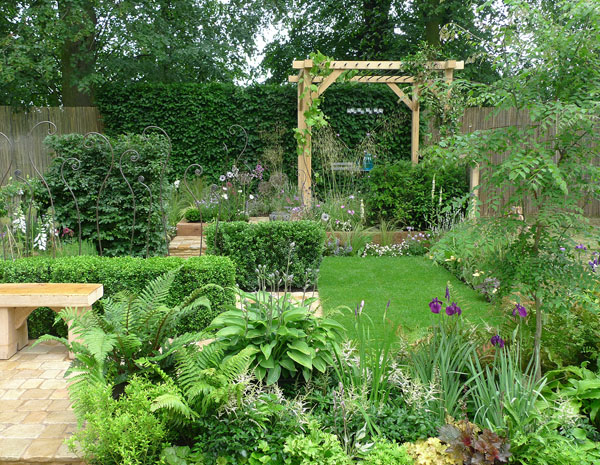 The RHS Hampton Court Flower Show is very different to its older, cooler, classier sister, the Chelsea Flower Show. Personally, I prefer Chelsea for its sheer unattainable perfection, but Hampton Court comes at a more interesting time of year plant-wise so the gardens, while more modest, look more varied. You can buy plants, children are welcomed, and there are plenty of places to put your feet up.

Some of the exhibits and stands seemed a little off the mark for 2012: do people seriously buy hot tubs and savannah-style lodges during a recession (and in the worst summer in living memory)? But there was lots of grow-your-own inspiration (after a notable absence of anything edible at Chelsea), and a new area of urban planting ideas.

There was also a ‘High Impact, Low Cost’ category of gardens created on a small budget. I heard several people mutter that budgets of £7K, £10K and £13K are not exactly ‘low’, but I liked the spirit behind these gardens. They were all an average size and showed what you can do with a bit of ambition and a willingness to forgo a traditional lawn.

My favourite was ‘A Compromising Situation’ by Twigs Gardens (above). It wasn’t at all flash or fancy, just a simple layout that broke the garden into sections. It squeezed in two seating areas, a pond, lawns, lots of plants (including wildlife-friendly ones) and a meandering path. Classic design textbook stuff, and perfect for any smallish garden. I’m going to bear this vision in mind when an estate agent next shows me around a house with a small garden that I’m struggling to see the potential of. 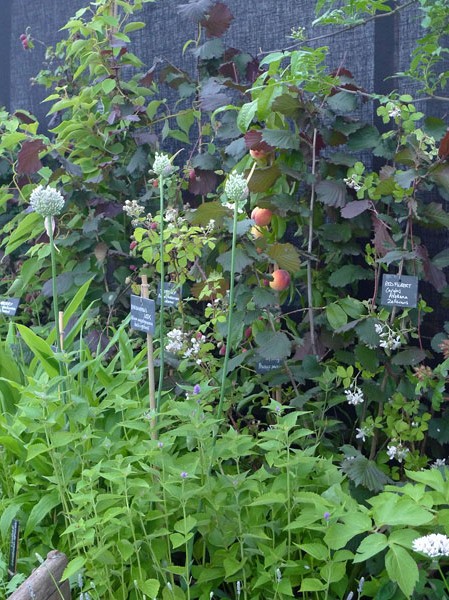 Many of the grow-your-own exhibitors had eschewed the ‘harvest festival’ look this year. If I had more space here I’d show you the Garlic Farm stand, which was a delight – garlic and leek flowers mixing with cow parsley etc in a meadowy, billowy mass – or the Seeds of Italy display which took its inspiration from the Italian Alps.

But instead I’ll bring you the Otter Farm stand (above), a ‘forest garden’ created by Mark Diacono. It had a few plants that you might recognise – eg apricots and lemon verbena – and many more unfamilar delights, such as a Szechuan pepper tree (very pretty), Oca (Oxalis tuberosa), the rhubarb-like sweet coltsfoot, (Petasites japonicus var. giganteus) and Japanese ginger (Zingiber mioga, whose name I think Mark might have made up). The stand was original and refreshing and I wanted to buy all of it. 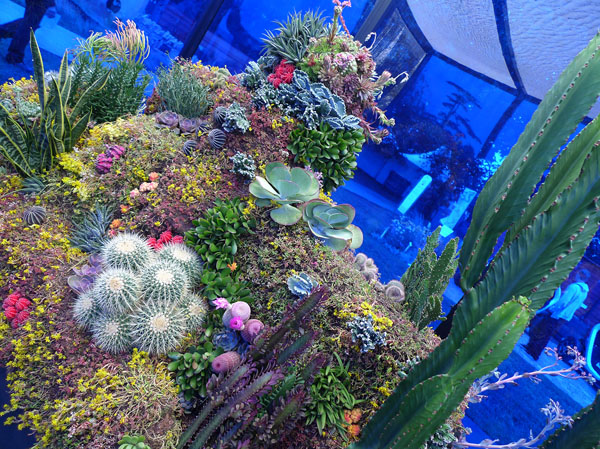 I fell in love with my friend Mark’s garden, A Coral Desert (above), before I realised his company designed it. Cacti and succulents were used to create a ‘coral reef’, housed within a walk-in blue box. I almost expected the plants to wave around gently in the water, that’s how realistic it was. A genius idea that won a Silver Gilt. 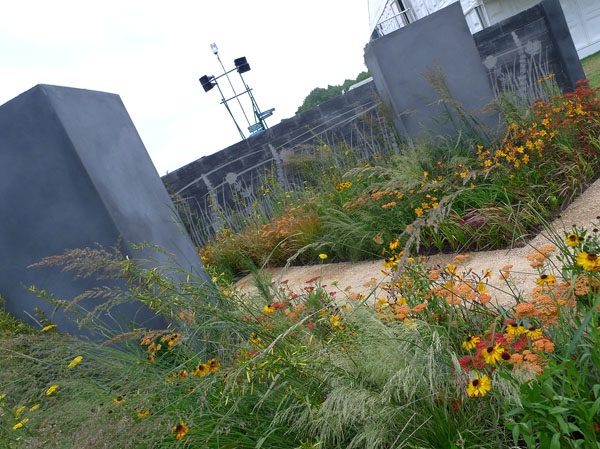 Dan Shea, who you last saw on this blog shaking Camilla Parker-Bowles’ hand at the Oranges & Lemons garden for the Chelsea Fringe, designed the ‘Uprising’ garden (above). It was inspired by the riots in Tottenham, where Dan lives. Orange and yellow have most definitely been Dan’s signature colours this year, and late last week he was still driving around the country trying to source flame-coloured plants such as Achillea filipendulina ‘Gold Plate’ and Asphodeline liburnica (Jacob’s Rod). Luckily he found them, and he won a Silver medal for his efforts. 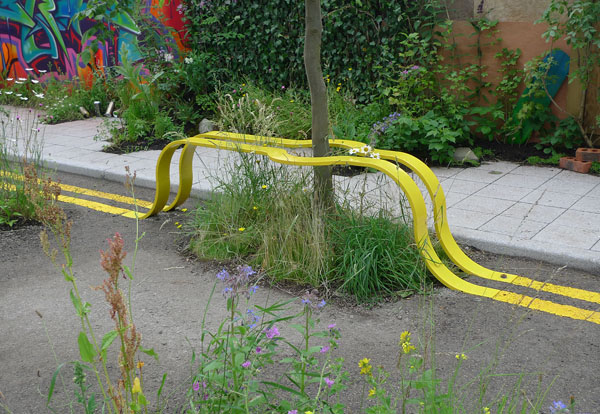 Last but not least, the prize for ‘best bench’ must surely go to the Edible Bus Stop garden. If the designer, Will Sandy, hasn’t patented the idea already, then he should. It could catch on…