On a Plants & Planting course at Capel Manor College a few years ago, we students joked that we needed faintly ridiculous, posh-sounding names if we were going to get ahead in the garden design business. Ann renamed herself Honey and Mark called himself Muddy. It was agreed that my name didn’t need changing – it’s ridiculous enough already.

Anyway, Ann/Honey is now busy gardening, designing and advising the good folk of south west London. Her own garden is tiny – just a few metres square – but it feels much bigger. She’s somehow managed to cram in a potting bench, a table, a shed (complete with a green roof covered in sedums, below) and umpteen plants in pots. She’s even managed to divide it into two sections, which gives the illusion of more space.

Like most London gardeners, Ann would love a bigger space. But what’s she’s done with what she’s got is an inspiration for anyone with only a few square feet to play with. 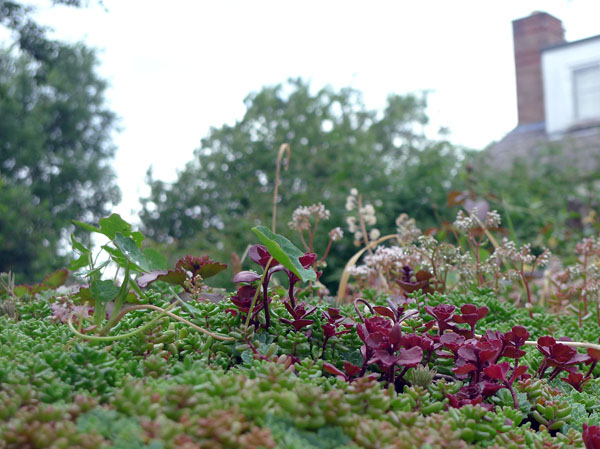