I can’t read maps and now I know where I get it from: my mum. She’s kept this under wraps until now as my dad does all the navigating in our house and actually asks for maps for Christmas. If he ever doesn’t know where he’s going, he pretends he does.

Mum’s cover was blown on Sunday, though, when she and I were left to our own devices at the Henry Moore exhibition at Hatfield House. My Dad had dropped us off, having taken an unusual route through a housing estate about which he chose to make no comment.

The various sculptures were dotted around the garden and woodland, and a handy map showed where they were. Most of them were called something along the lines of ‘Figure, Reclining’ and they did all look like, well, figures reclining.

Then we arrived at a sculpture that was we were expecting to be called ‘Torso’ but was indisputably a ‘Mother and Child’. And that’s when we realised that something was amiss.

Turns out we’d oriented ourselves wrongly from the off, mistaking the huge (and unmissable) knot garden on the map for a tiny fountain in a garden room. But never mind. It was great to get up close and personal with the sculptures, which looked very much at home in their temporary setting. 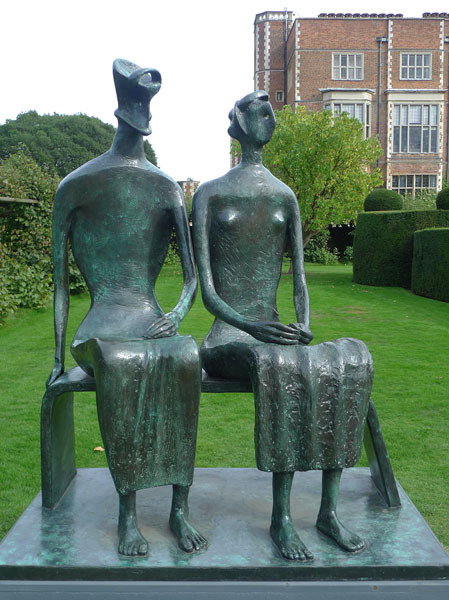