I went to Stratfield today – not to go to Westfield with the masses, but to the Olympic site. I donned a hard hat and hi-vis jacket and was shown around by Nigel Dunnett, who is playing a key role in the planting there.

The planting at the park is not an afterthought – it’s integral to it. In fact, you could say the Olympic Park is an urban park with some buildings in it. After the Games (or ‘Games’ as they’re known to those in the know – without the ‘the’), many of the temporary buildings will disappear, but the park will remain.

Nigel is part of an expert team that really knows what it’s doing and is united in its aim to create something truly groundbreaking. It’s taking controlled risks, calmly experimenting with plant mixes and sowing times, its eye on the 2012 deadline all the while.

This is a modern park that most British people won’t have seen the like of before. There are no rose beds or garish annuals but wet woodland, swathes of annual and perennial meadows and native plants and trees. The highly designed yet naturalistic-looking borders combine familiar and less familar plants in unusual ways – a modern take on the traditional herbaceous border. The site has its own bespoke soils and sophisticated drainage and irrigation systems, and ticks every biodiversity box. Wildlife is already moving in.

The sheer scale of the planting means that it’s pretty showstopping – especially the River of Gold, a long corridor planted with an annual meadow mix of coreopsis, californian poppy, annual chrysanthemum and cornflowers. But it’s not showy or brash and doesn’t feel like a theme park. The plants, even those from far-flung parts of the world, look very much at home.

The design team hopes that the Olympic site will change our view of the urban park forever. It might also change the way we garden, too. 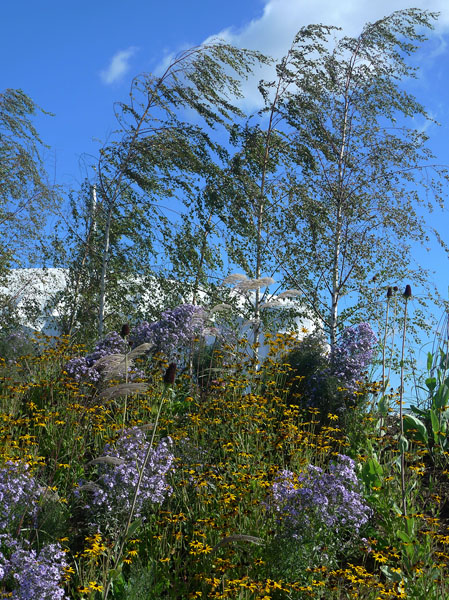 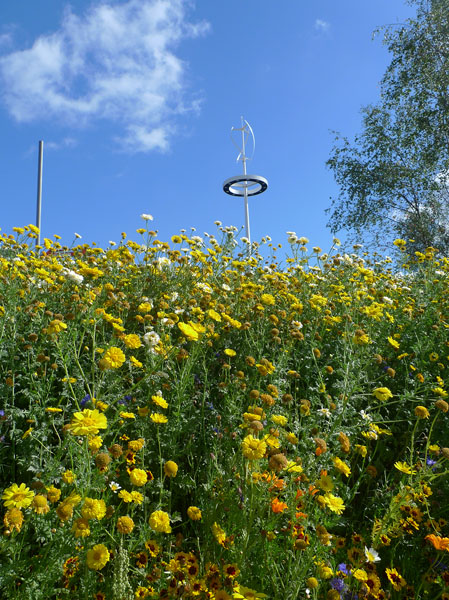 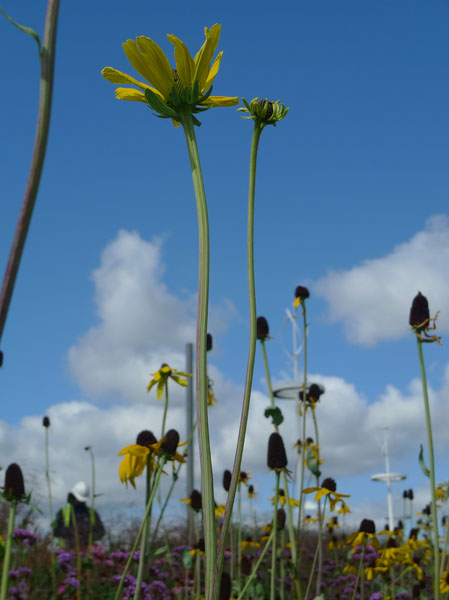 2 thoughts on “The Olympic site”