The Chelsea Fringe has begun! Here’s one of the projects – Living Towers made by landscape architect Adam Shepherd. They’re still a work in progress in this pic, which was taken after a Fringe meeting last week at the Garden Museum. Adam specialises in green walls, and these towers are planted with persicaria and foxgloves. 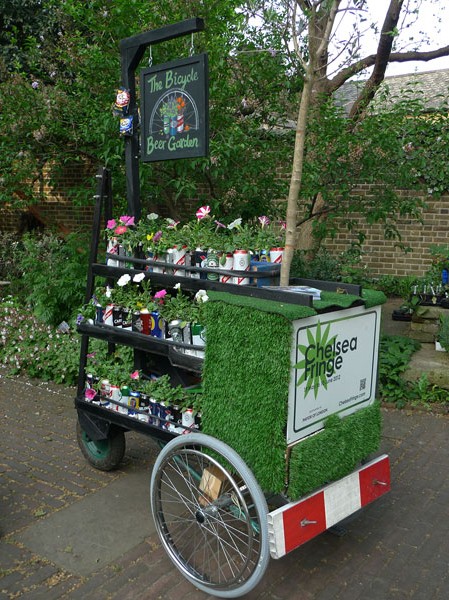 At the Chelsea Fringe party at the museum this week, the Bicycle Beer Garden (above) also made an appearance and there were also giant tulip sculptures from Jigantics (below). That’s not to mention some cucumber and thyme-infused gin and some barn dancing.

The Fringe now has over 80 projects – not bad considering that the organisers would have been happy with around 20.  And it’s all been pulled off without a sponsor – just the hard work of lots of volunteers. I’m really proud to be a small part of it. 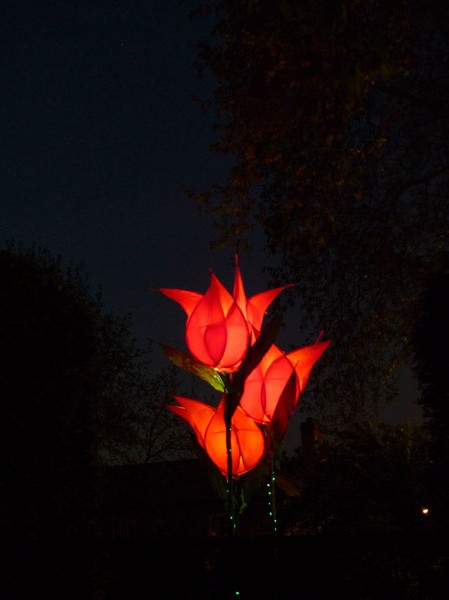 1 thought on “A towering achievement”